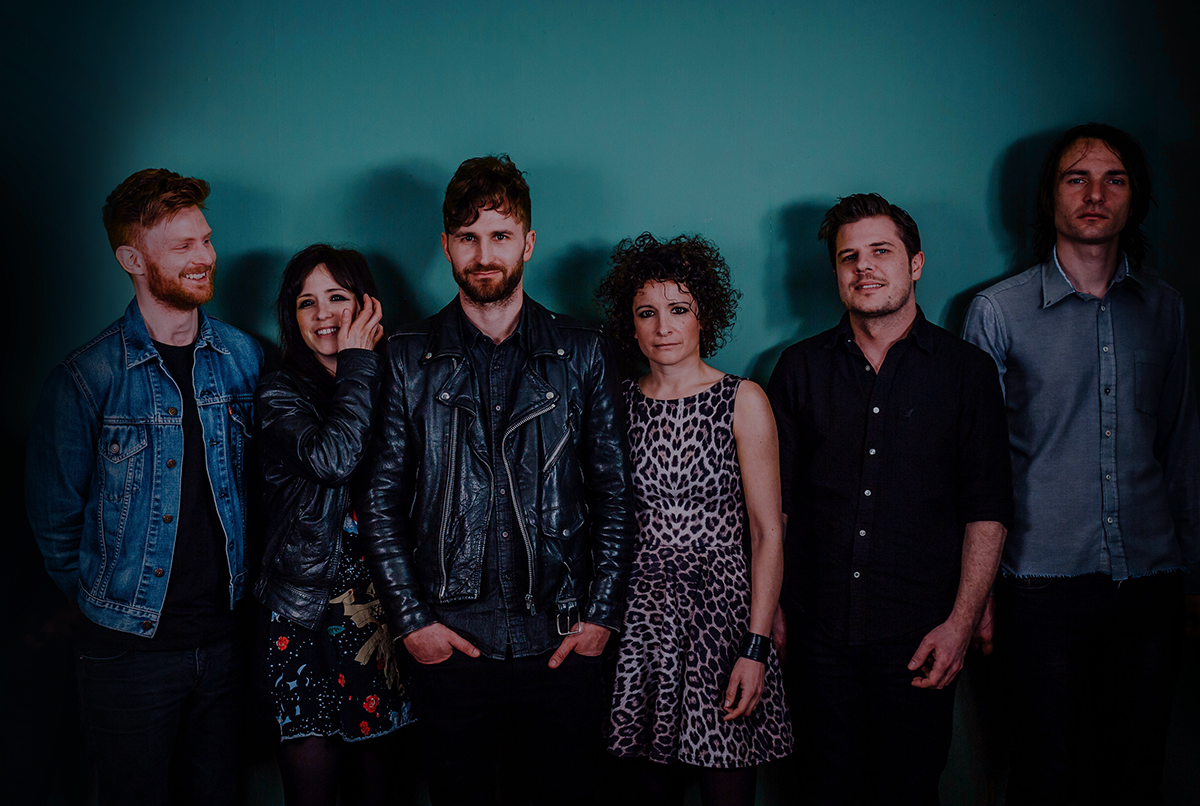 Think of Flight Brigade as a family and you start to understand the chemistry between them. Consider their songs as epic stories to which each member is essential, and you begin to grasp what makes their music so powerful. Watch them perform and you can’t fail to be struck by the special bond they share.

Their sound is as distinctive as it is unique. Infectious melodies and hooks flow through songs that at times exude fierce energy and at others gentle poignancy. With grand orchestral sweeps, crunching anthemic guitars, strings and synths, their explosive performances feel like it’s their last day on earth!

Flight Brigade released their debut album ‘Our Friends Our Enemies’ in 2016 to much critical acclaim. The follow up, ‘Chased By Wolves’, was produced by Chris Porter (George Michael, Elton John, Bowie) and was recorded at The Visconti Studio, London. After a small hiatus, the band return to performing in 2022, working on material for a forthcoming EP.

Signed to Wixen Publishing (Neil Young, Black Keys, Rage Against the Machine) in 2018, their songs have also been used on ‘Made In Chelsea’, Channel 4’s ‘Sunday Brunch’ and E4’s “Tattoo Fixers”.

"A direct, driving sound, one that bears comparison to Arcade Fire but also has the crunch of Twin Atlantic. New single ‘Hurricane Season’ boasts an orchestral swell, while the songwriting has a real punch to it."
CLASH MUSIC MAG

"smack-bang into that global radio-friendly crossover territory usually inhabited by Imagine Dragons and The Killers."
RECORD OF THE DAY

“On a warpath to making history… a bit of Muse, compared to My Morning Jacket, but ultimately what we hear is a dark, orchestral, and narrative-driven tour de force.”
NEW SICK MUSIC

By signing up you agree to receive news and offers from Flight Brigade. You can unsubscribe at any time. For more details see the privacy policy.